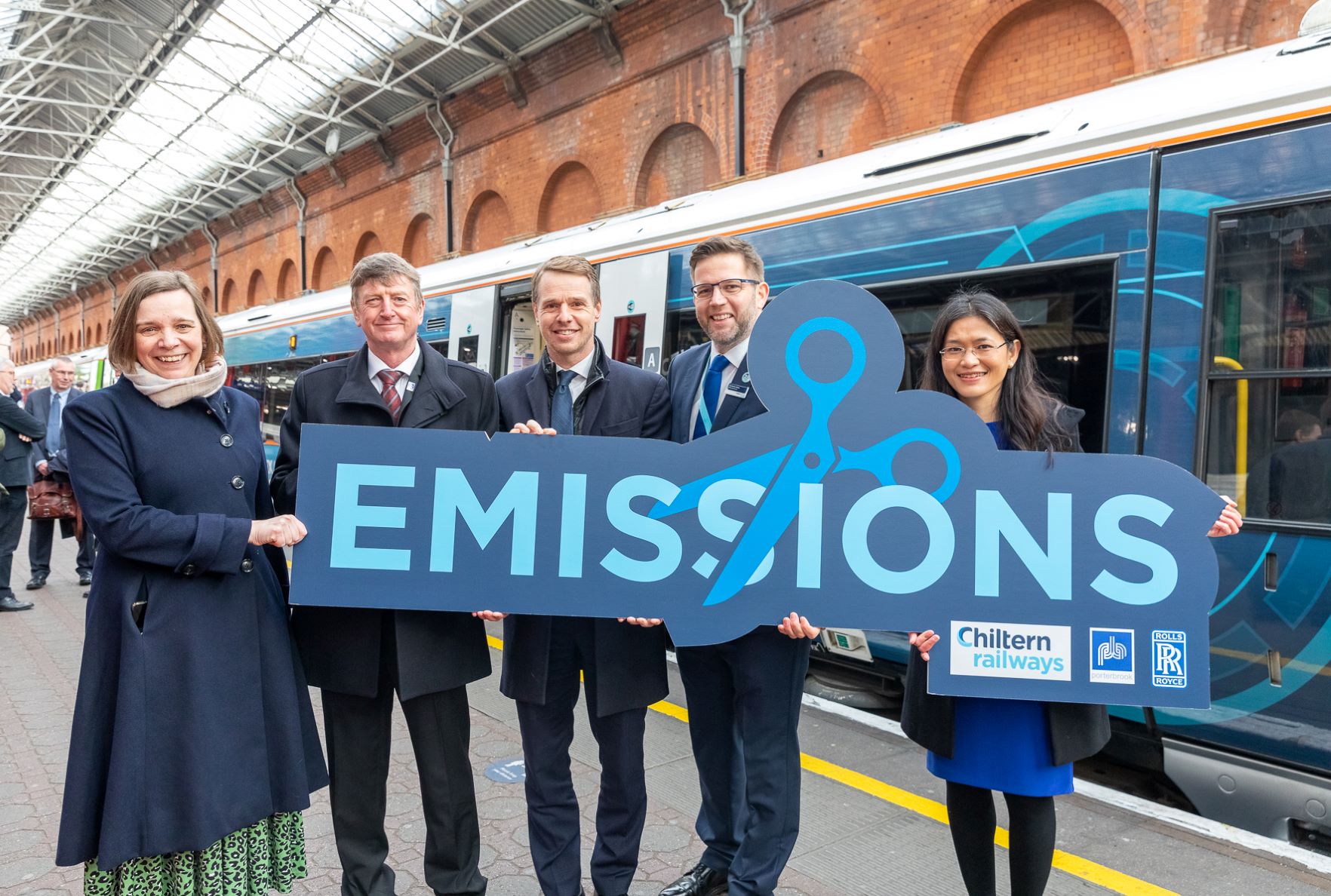 The train known as 'HybridFLEX’ has entered service between Aylesbury and London.

Chiltern Railways, Porterbrook (the train owner) and industrial technology company Rolls-Royce have worked together to convert a diesel train into one that now runs on both diesel and battery power.

The concept train is the first 100mph capable battery-diesel hybrid train to operate on the UK’s national rail network.

The train has been retrofitted with a Roll-Royce powerpack which means quieter and quicker journeys and a 25 percent reduction in CO2 emissions on every journey. Nitrogen oxide and pollutants are also cut by 70 and 90 per cent respectively.

The HybridFlex train substantially cuts fuel usage and reduces noise by up to 75 per cent in and around stations and urban areas. It also presents the opportunity for quicker customer journeys in the future.

“Chiltern Railways is determined to operate a railway that is as sustainable and environmentally friendly as possible.

“We have worked hard with our partners to fit a powerful battery power pack underneath a 20-year old diesel train to make the train cleaner, quieter and quicker.

“We are really proud that this concept train is now carrying customers and look forward to assessing its performance in daily service.”

The HybridFlex train will initially operate between Aylesbury and London Marylebone with plans to bring the new type of train to the London to Oxford via Bicester Village route in the coming months.

“Rail is getting even greener and Chiltern Railways’ launch of this cutting edge hybrid train is another major leap forward.

“We are working across transport to hit net zero by 2050 and it is brilliant to see our railways rising to the challenge.”

“The entry of our hybrid battery-diesel train HybridFLEX into passenger service is great news for Chiltern Railways and its customers. It’s a significant first step in demonstrating how improvements to this fleet can reduce emissions and improve air quality both at stations and other locations across the network.

Rolls-Royce’s mtu Hybrid PowerPack pairs a diesel engine with an electric unit that can function both as a motor and as a generator. The battery system stores power that is recovered during train braking.

“In this critical decade of climate action, today’s entry into service of the HybridFlex train demonstrates what we can achieve through technological innovation and agile collaboration. This smart piece of engineering enables the acceleration of the UK Government ambition to remove all diesel-only trains from the network by 2040, making rail journeys quieter, cleaner and faster. We’re delighted to be part of this groundbreaking team alongside Porterbrook and Chiltern Railways and look forward to seeing the train in service.”