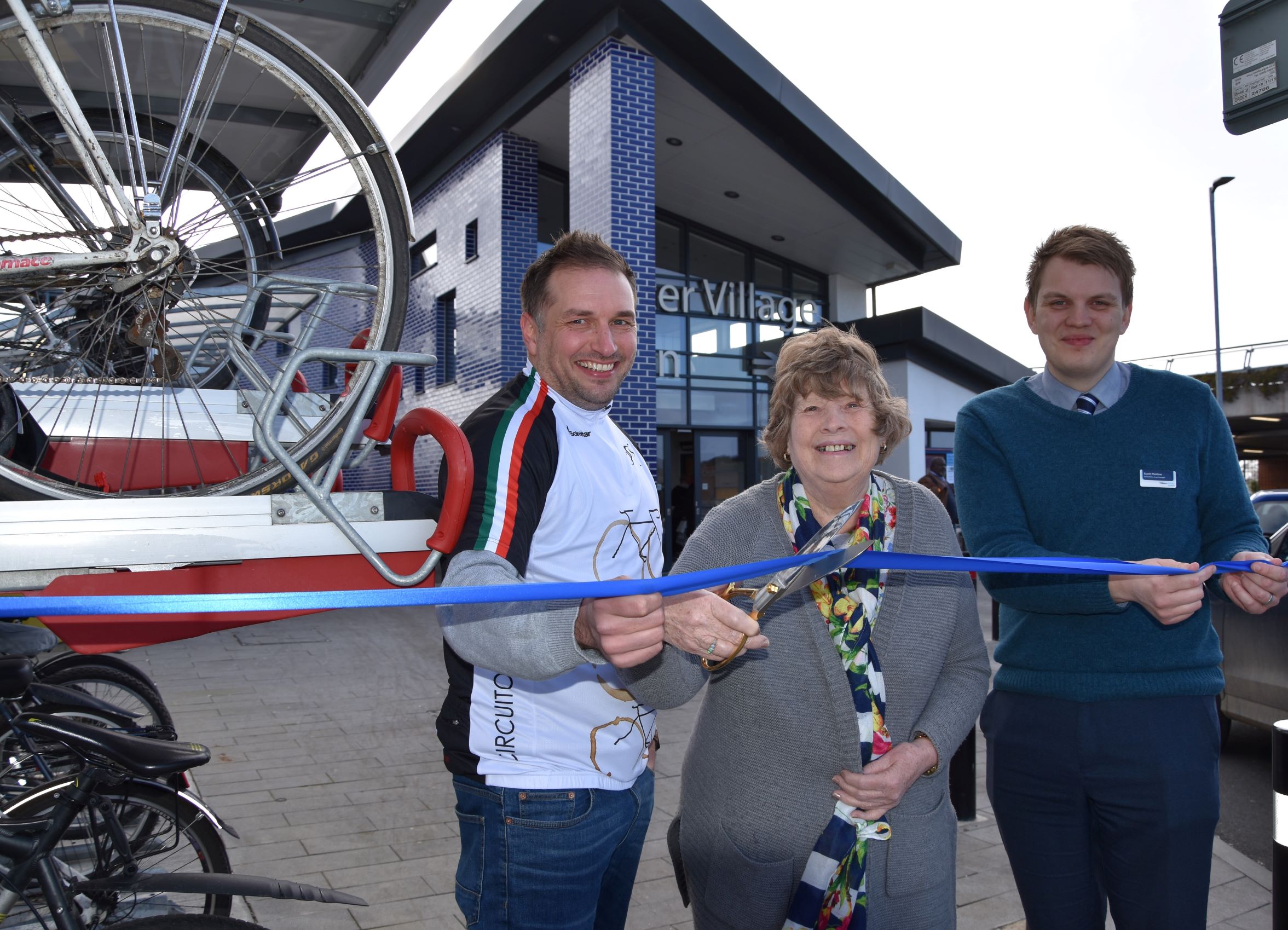 The project was funded by the Department for Transport and Cherwell District Council and delivered by Chiltern Railways.

David Heathfield, Senior Stakeholder Manager at Chiltern Railways said, “At Chiltern Railways we’ve listened to the feedback from cyclists in Bicester who have been telling us that we need more cycle parking at both stations. There has been a lot of work in securing this funding from the Department for Transport and delivering the project at our stations. We hope that cyclists will enjoy using the new facilities and they will make it even easier to access the train services to London, Oxford and Birmingham.”

Cllr Lynn Pratt, lead member for estates and the economy at Cherwell District Council, said: “We were delighted to be able to provide £26,100 to help fund this project which supports the council’s ongoing commitment to developing cycling in the town. The facilities will benefit cyclists and rail users; integrating cycling with rail journeys and supporting active travel connectivity in the town; a key part of the Healthy New Town Programme.”

Also in attendance was Paul Marsh, Head of Operations for Little Italy Espresso Bar which has several cafes at stations along the Chiltern Railways line including Bicester Village and Bicester North.

The business are promoting their third annual charity cycle ride which takes place in June in partnership with Allezsportive. The ride entitled Circuito Del Caffe has three routes (aptly named Espresso, Doppio and Lungo) which will take riders through beautiful Oxfordshire and Buckinghamshire countryside with strategic ‘coffee stops’ at Chiltern Railway stations.

Money raised will go towards supporting Maggie’s, a charity offering free practical, emotional and social support for people with cancer and their family and friends through support Centres and Chiltern Railway’s charity partner, the National Literacy Trust. Cyclists wanting to take part should go to www.allezsportives.co.uk to sign up.