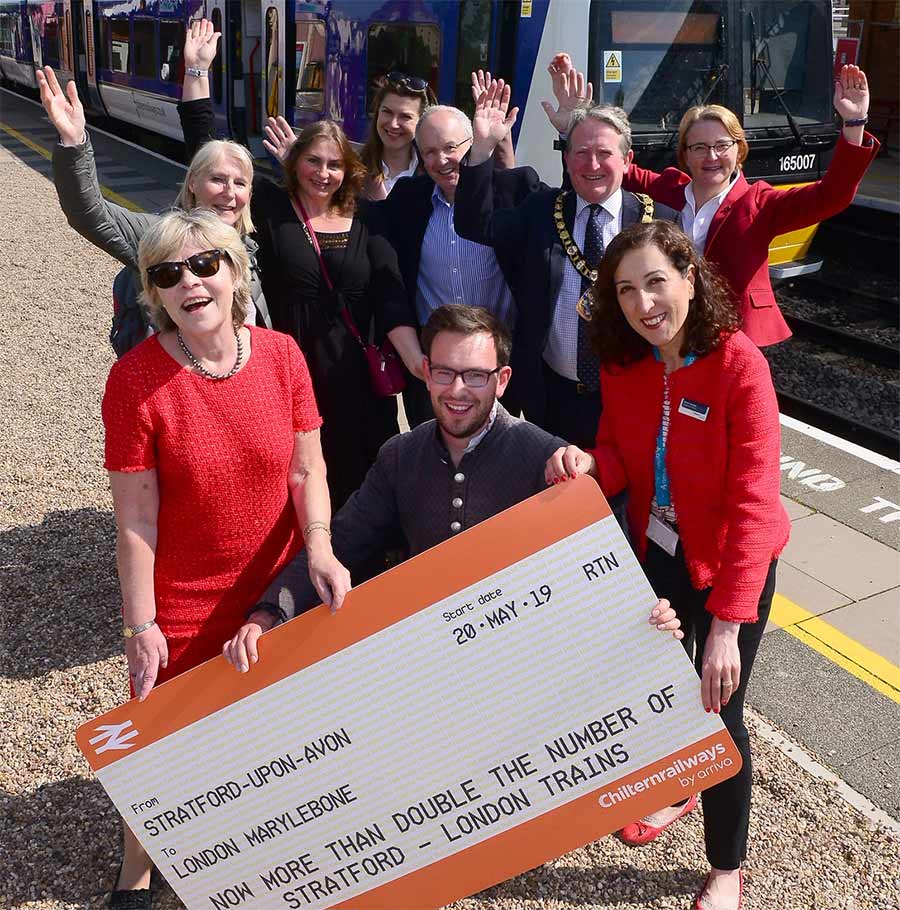 Guests at the launch event were treated to a performance by James Anderson, a Shakespeare Aloud actor who presented excerpts from As You Like It and Sonnet 18.

Eleni Jordan, Commercial Director of Chiltern Railways said, “At Chiltern Railways we’re delighted to make these improvements to our Stratford-upon-Avon service as the only train operator between the town and London. With these additional services, the number of direct services to the capital from Stratford each week has now more than doubled.

“We were delighted that so many organisations were able to join us today at the official launch event, emphasising how we work closely with the local community in Stratford. We hope that the more frequent direct journeys will inspire lots of people to take journeys both to and from Stratford.”

Philippa Rawlinson, director of operations and marketing at the Shakespeare Birthplace Trust, said, "Stratford-upon-Avon has a long history of welcoming visitors as the birthplace of William Shakespeare, with tourism being one of the key drivers for our local economy. We welcome the increase of direct rail services between London Marylebone and the town, offering convenient transport links to and from the capital which supports economic growth, attract new investment and jobs, and stimulate innovation as we strive to remain a must-visit destination all year round.”